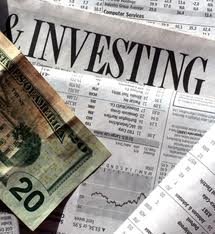 Foreign investors are permitted to invest in the following types of assets in Ukraine:

Assets – are tangible or intangible economic resources of a company that are capable of being owned or controlled to produce value and are held to have positive economic value:

Equity – a shareholders’ capital, which represents the remaining interest in assets of a company, spread among individual shareholders of common or preferred stock:

Property Rights – rights to own, to possess and to use any kind of property, the right to obtain income from such property, or to enforce the property rights:

Forms and Types of Investment

Investments may be effected in any form not expressly prohibited by Ukrainian law, including, in particular:

The types of assets that may be invested in Ukraine include, in particular:

Generally, foreign investors are taxed in the same manner as Ukrainian residents, except that in-kind investments contributed to companies with foreign investment are exempt from Ukrainian import duties. In case of payment of passive investments to nonresidents (dividends, interest, royalties, etc.) withholding taxes apply.

Foreign investors can repatriate from Ukraine (in foreign currency only):

Foreign investor has a right to make a cash repatriation of in-kind and joint venture foreign investment (fully or partially, subject to international treaties of Ukraine).

Generally, disputes between foreign investors and Ukraine as a state relating to the regulation of foreign investments are considered by Ukrainian courts. International treaties of Ukraine, including its BITs, may, however, provide for alternative dispute resolution methods, such as international arbitration.